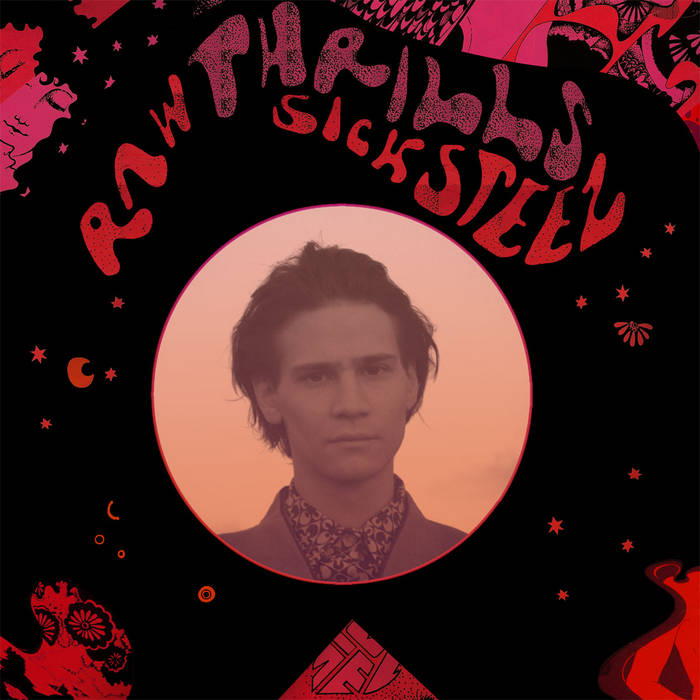 "As already reported in December, Zak Mering is about to drop Sick Steez, the next LP of his Raw Thrills project. While his work as one half of Greatest Hits (together with Tyler Thacker) arguably gets a lot more attention by the press (the guys recently successfully finished a Kickstarter to fund money for mixing their first full-length Breakdown, not to be confused with Zak's Raw Thrills effort Shakedown from 2011) than his countless other creative commitments (including Philip La Fonde, Old School Mak, The Sweethearts, or, just recently, this), his previous efforts as Raw Thrills all were brilliant enough to get excited about his second full-length. And there's indeed no room for disappointment. Zak's gently flamboyant and eccentric psychedelic pop on Sick Steez, which was once again accomplished with the help of some of the most colorful personalities in today's underground, is both deliberately lo-fi and at times strident, thus sharing certain sonic signifiers with his contemporaries such as OLR's Sam Mehran and James Ferraro, Ariel Pink or John Maus, in particular the latters' earlier records. In fact, there even is a proper collaboration with Pink on the album. On the song "Daddy Don't Go", while Zak has written the lyrics and sings, Pink is responsible for the music. Yet unlike the mentioned artists, Zak's principal influences lie much more within the heyday of sixties psych-pop and especially the golden era's more outré offerings, an affection that is best illustrated by his wonderful, incredibly faithful re-interpretation of "Run Spot Run", a song originally recorded by the short-lived Californian all-girl group The Daisy Chain, together with his sister Natalie (aka Weyes Blood). All along, despite the record's low fidelity, Zak Mering has once again set great value on lush harmonizations and arrangement, and above all proven that he's really obsessed with the subtle details of production. A highly recommended album. Besides listening to "Run Spot Run" below, also take an exclusive look at the new video for "Easy For Me (It's Not That)", a song featuring Ryan Howe of Punks On Mars, who has written and performed the song's guitar and bass parts. Sick Steez will be out this spring via Sixteen Tambourines."

By No Fear Of Pop Blog

Written and produced by Zak Mering in early 2012.