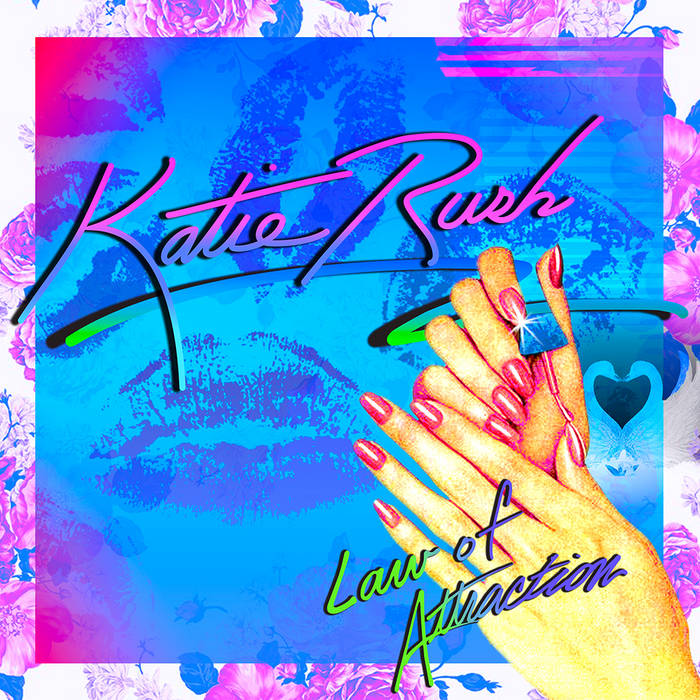 To listen to the music you can over at: soundcloud.com/katierush

In the summer of 2013, coinciding with Katie's newfound but always building passion for all things the Law of Attraction, Quantum, metaphysics, outer space, and existential, and after a night watching Rhonda Byrne's The Secret with Zak and Sam, the first song "Law of Attraction" was written. It's an homage to breaking old patterns and finding yourself, freeing yourself into a new possibility. For Katie, the possibility was fulfilling a dream, that of singing and recording her own mind-blowing, catchy, meaningful songs, markers in time of the reality of existence, the ultimate goal, the ultimate dream, the expression of self. That and finally finding love. The songs are a self-fulfilled prophecy, the means and the end.

Says Katie, "I hope that everyone who listens to the songs on the Law of Attraction EP, through the power of belief, through listening and sending those feelings out into the Universe, opens themselves up to awakened perspectives as I have, and feels the loving force that Zak and Sam and I have put into these songs as a testament to the power of thought manifesting for oneself and for and with others. I hope that people feel what I feel when I hear and sing the songs, making them feel riveted and want to just groove hard to life's possibilities!"